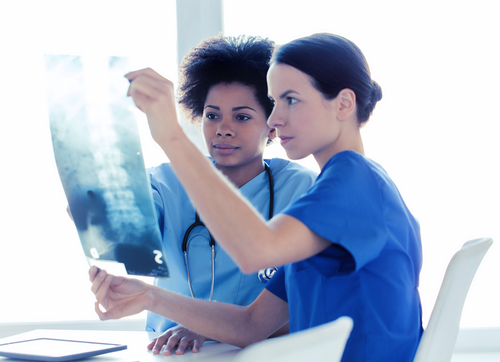 Although the body has an amazing capacity for healing itself, spinal injuries are among the hardest to recover from thanks to the complexity of the cells that make up our central nervous system. When the spinal cord becomes damaged, it can have numerous effects on the body and one of the most common is paralysis. Paralysis caused by spinal cord injury can vary in severity from full to partial, and may be localized to specific areas on the body. Some paralysis is temporary, and can be improved upon using rehabilitation techniques including physical therapies. Other paralysis is so severe that improvement in the condition is rare.

Each year, up to 11,000 new cases of paralysis are diagnosed. Just a few decades ago, the mortality rate of patients with this type of injury was almost 100%. However, advances in medical technology have dramatically improved the outcomes for patients of spinal cord injuries, and scientists are still working passionately to identify breakthroughs in technology that could provide a cure for paralysis.

It has been almost 50 years since scientists began exploring electrical impulses as a way of stimulating paralyzed muscles. Some experimental treatments fund that by zapping the spinal cord of a paralyzed patient with electricity, they could prompt a short repair in the cord that would allow for the transmission of messages from the brain to the body. This would then give the patient brief control of their normally paralyzed muscles. Although not a long-term solution, it did give the patients moments of greater independence, increasing their quality of life.

A microchip for the brain

Using the knowledge that electrical impulses can be used with some success, San Diego State University received a $15million grant to continue with research that they had completed into the use of a brain microchip to regenerate and repair the interruption to the central nervous system caused by a spinal cord injury. The success of the endeavour could be revolutionary for paralysis patients across the globe.

How does the microchip work?

The microchip works by rerouting neural signals around the injured nerves, essentially changing the circuitry with which the brain and body communicate. The basis of the chip comes as a result of research on electrical stimulation, which has been in progress for around twenty years. Electrodes have been used with varying degrees of success in more than 100,000 patients with varying conditions in the U.S. including depression and Parkinson’s disease. Implanted into the brain, they also relay information between the body and brain. This advanced procedure sees the electrical signal created by the body transformed into a wireless transmission in order to bridge the gap in communication. The receiver for the wireless transmission is implanted into the paralyzed limb, and the information is received and then converted back into an electrical impulse that stimulates the usually dysfunctional nerves and muscle.

Recognizing this progress, further scientific research into the use of electrical devices to recognize and communicate neural signals is being undertaken, with the hope that they continue to help improve the outcome for patients with spinal cord injuries. Although experimental, these early indicators suggest that further advances in electrical technology could provide a ray of hope to patients suffering from paralysis and other symptoms associated with spinal cord injuries.